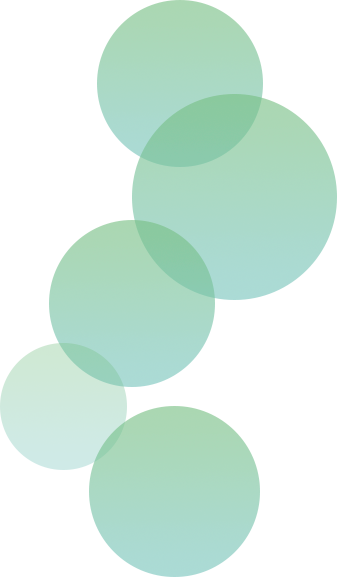 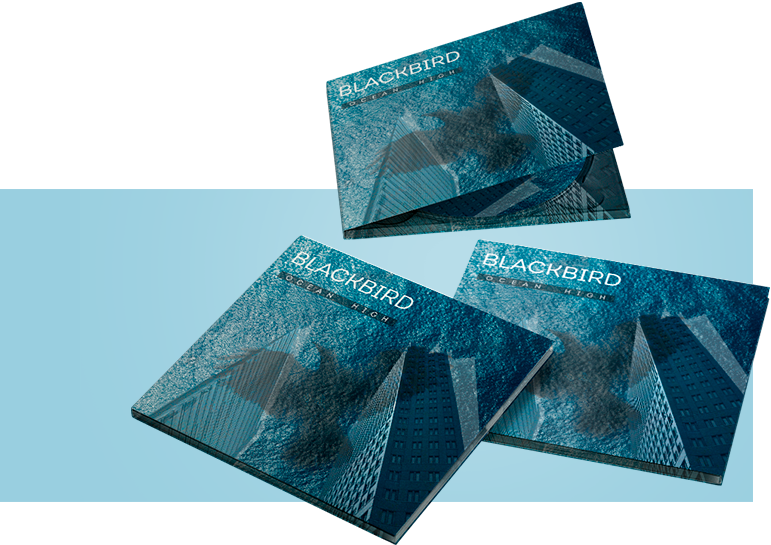 “Ocean High” is the author's project of musician Adel Komnik. This is a new look at the combination of musical genres: a more eloquent pop electro, fashionable techno, light and at the same time swinging lounge.

By the release of the new album, a cover was needed that would fully reflect the depth and sensuality of all the songs, along with the name of the group and the album title “Black bird”.

Since this is the first full album of the group. I wanted to convey the depth of all-consuming music of these exciting guys.
For the basic idea was taken the object, which was the most possible to display the height and boundlessness of the space, in the center of which the bird must necessarily have appeared.
We also needed an element that emphasized all the non-standardness of the album. Going beyond the framework and familiar patterns.
We displayed several intermediate options before reaching the final result. 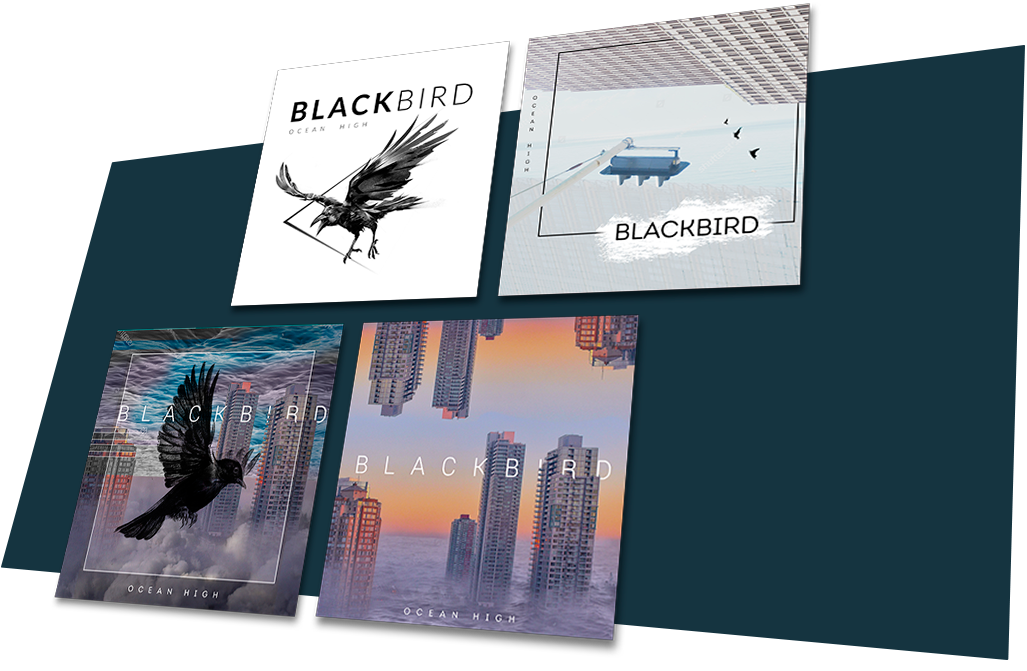 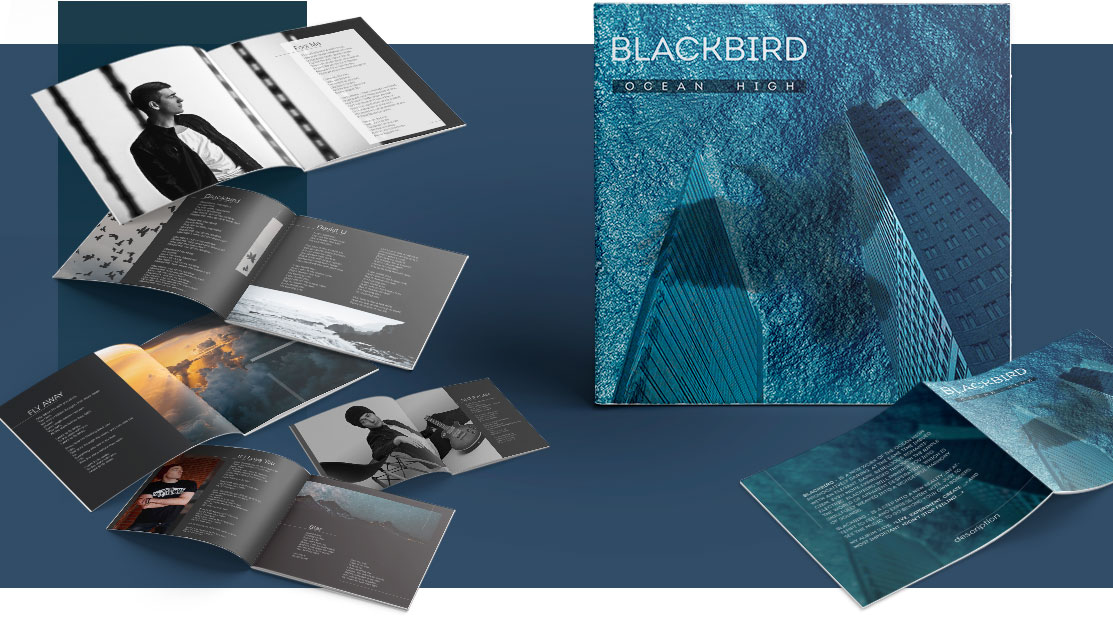 In the end, the idea was displayed: “The ocean is so high that wherever you look, where the sky should be, it’s still the ocean.” This idea is akin to the way our life is filled with music, it is everywhere. Like two opposing phenomena, the sky is at the top, and the ocean is at the bottom - buildings are displayed showing the height of the sky, but at the end of which is the ocean, which shows the silhouette of a huge black bird flying over and in the ocean, as an image of songs penetrating our hearts. 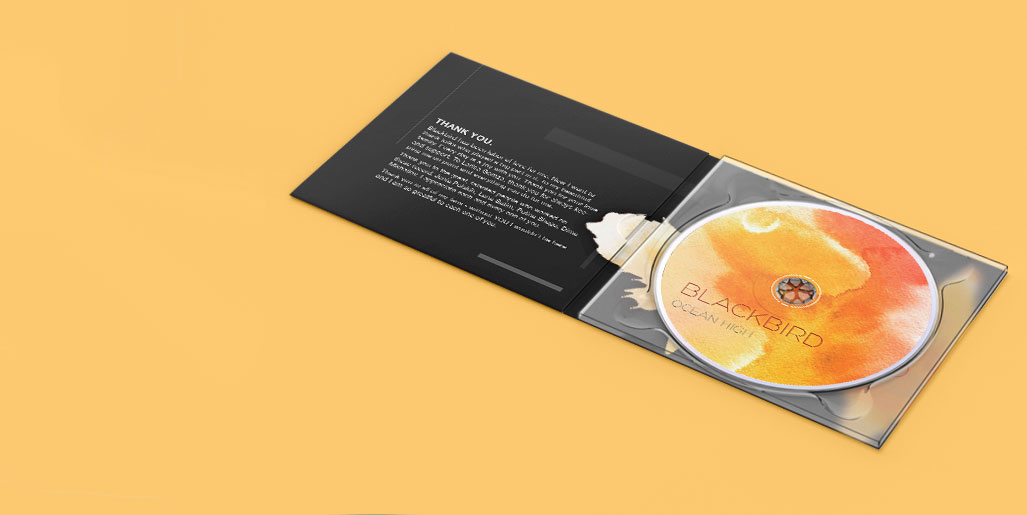 After, under the above mentioned cover and subject of the album, all the additional parts were developed, such. as a booklet and cover for the disc.
Shortly before the release of the album - it was decided to change the cover. 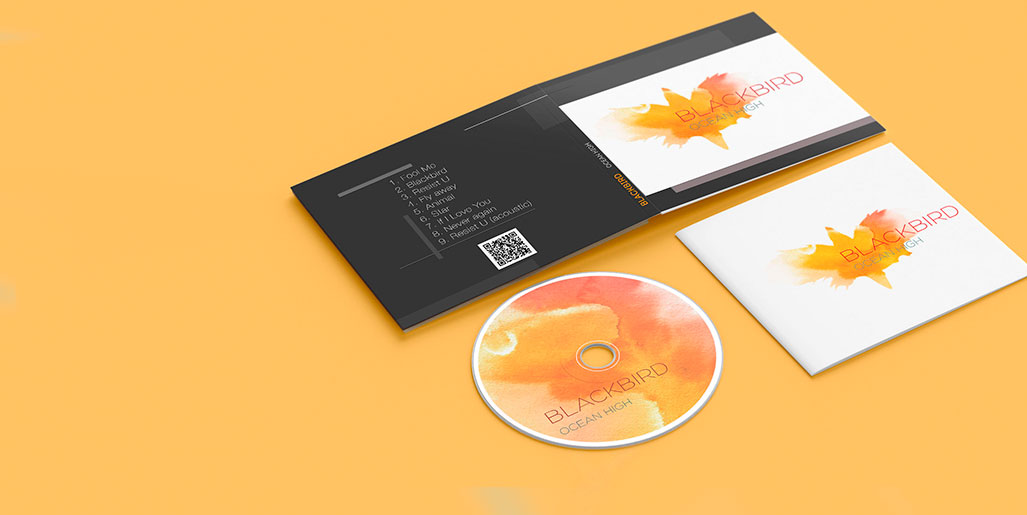 Under the new cover has been redone
all material original look and print
which looks like this: 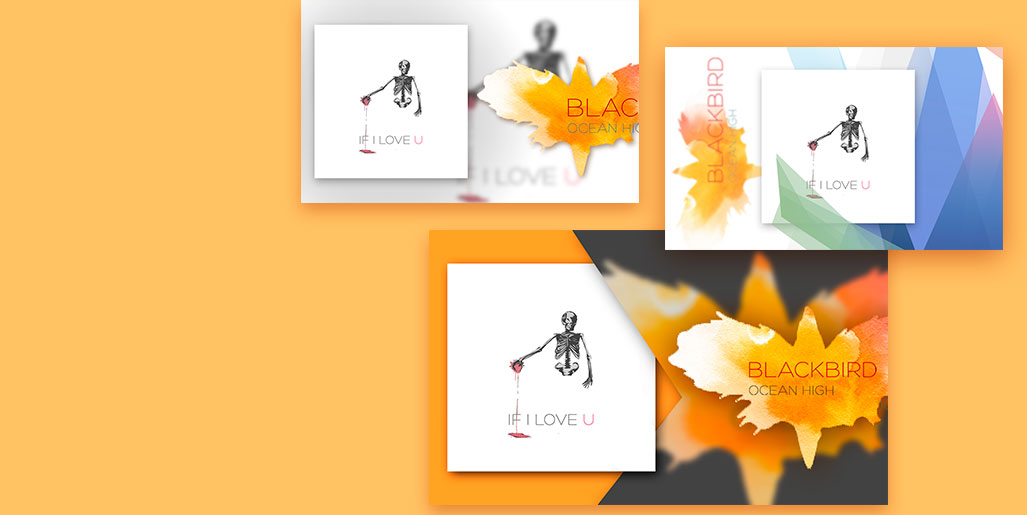 Under the style and theme of the album were designed covers for videos on Youtube, for all tracks. 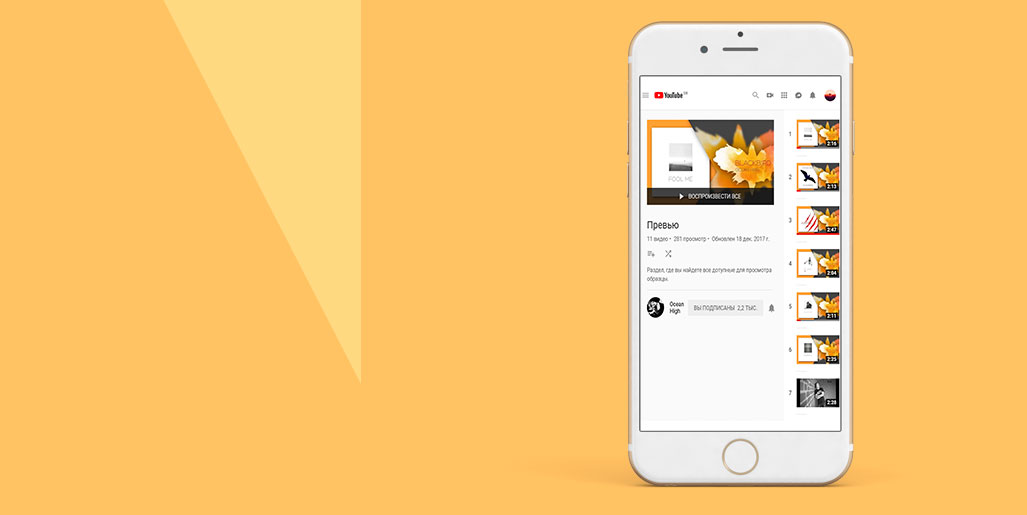 When you listening
in the mobile version,
it looks like this: 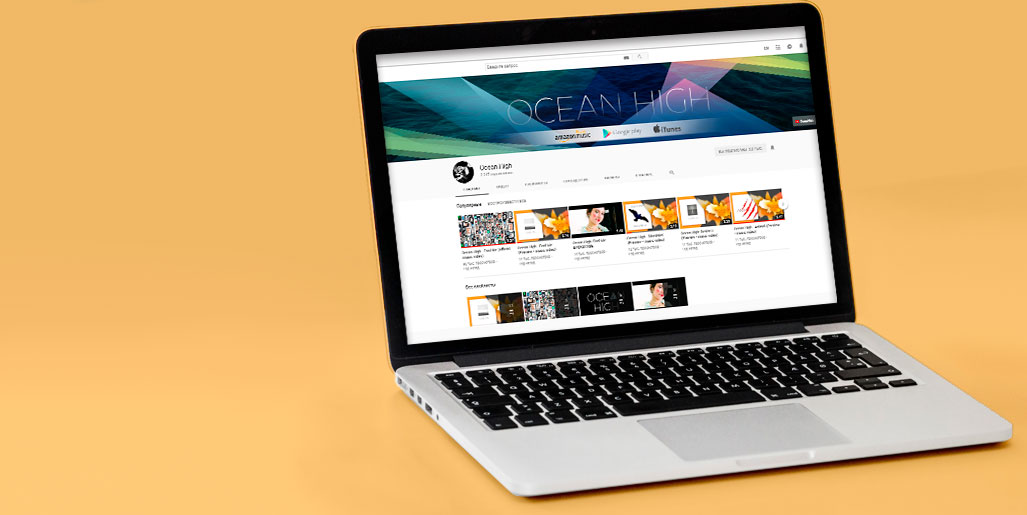 In the development also entered
adaptive header for the channel.
And her new style for others
formats for social networks:
Vkontakte and Facebook. 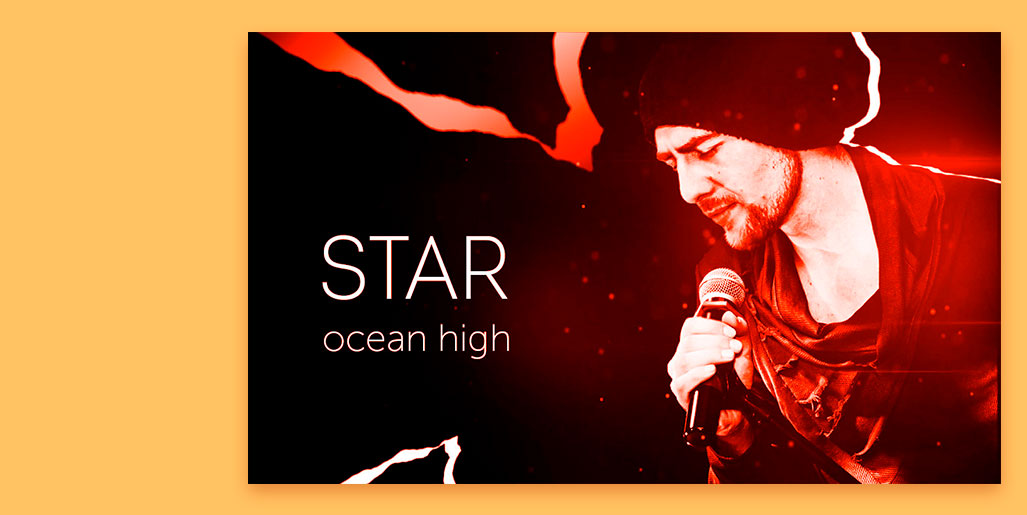 Were created
some unique
covers for
other tracks
not logged in
in the album. 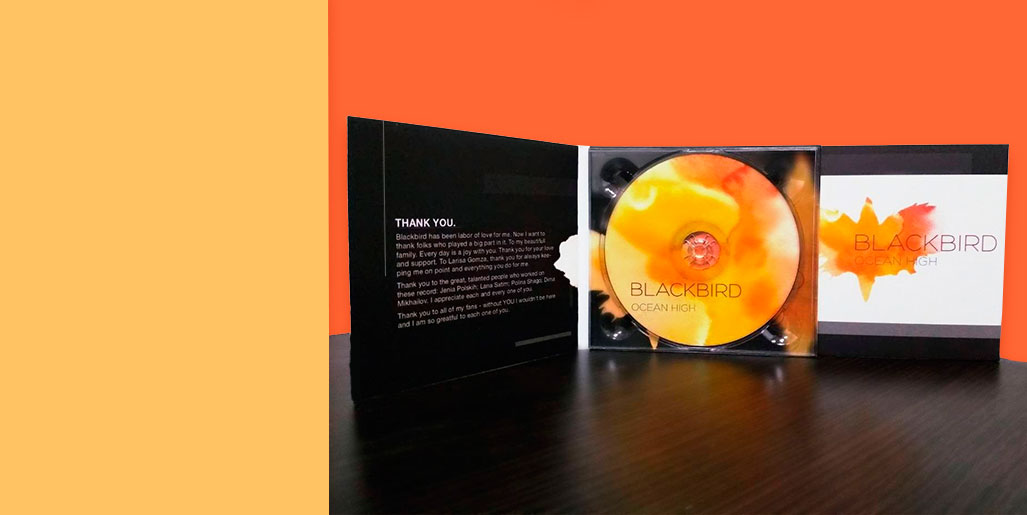 Thank you for the application. We will contact you soon